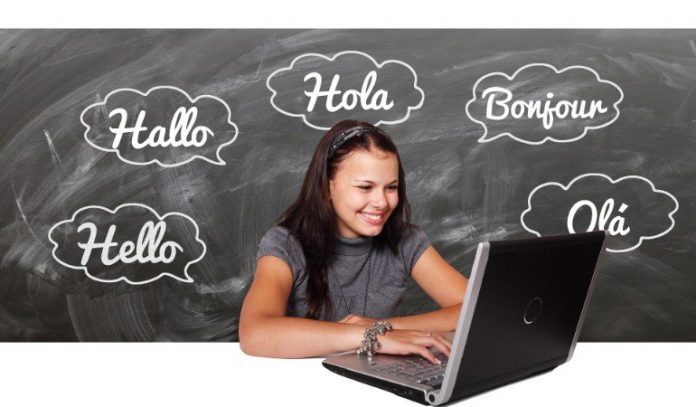 Summary: A new dataset is available for researchers to investigate individual differences in adult language learning.

Why do people differ in their ability to use language? As part of a larger study into this question, researchers from the Max Planck Institute for Psycholinguistics (MPI) and Radboud University tested 122 adult native speakers of Dutch on language and cognitive measures, including tests of vocabulary size, grammar, understanding and producing sentences, working memory and processing speed. Other researchers are encouraged to use this database to further investigate individual differences in language skills.

Although most people learn to speak their mother tongue fluently, native speakers differ in their ability to use language. Adult language users not only differ in the number of words they know, they also differ in how quickly they produce and understand words and sentences. How do individuals differ across language tasks? Are individual differences in language ability related to general cognitive abilities?

Such questions can only be answered by testing large numbers of individuals on a large number of language and cognitive tests. Lead author Florian Hintz and his team designed such a test battery, with the aim of using it in a larger study. In the larger IndividuLa study (funded by the Language in Interaction consortium), the team will be combining test performance data with DNA from a thousand participants. In addition, the brains of about 300 of the 1000 participants will be scanned. However, the authors first needed to pilot the test battery with a smaller number of participants.

“Previous individual-differences studies have often focused on a limited set of skills,” says Hintz. “The present dataset goes one step further and provides a comprehensive overview of language users’ linguistic and non-linguistic skills, with multiple tests per skill.”

The researchers invited 112 participants with ages ranging from 18 to 29 and mixed educational backgrounds to the lab in Nijmegen. Participants completed the battery of 33 tests twice, to establish the reliability of the new measurements, with one month in between test sessions. Testing took about eight hours per participant.

The battery included three types of tests: (1) tests of linguistic experience such as vocabulary size, (2) tests of general cognitive skills such as processing speed or working memory capacity, and (3) tests of linguistic processing skills, measuring production and comprehension of words and sentences. Apart from well-known standardized tests (such as Raven’s matrices), the battery included newly developed tests (such as a test on idiomatic expressions and a test on normative rules of Dutch grammar).

The majority of the tests proved to be reliable and suitable for the IndividuLa main study, which is currently ongoing. The team is still recruiting participants for the main study, so native Dutch speakers (between 18 and 30) are invited to take part.

The authors decided to share the data from their pilot study, which is freely available at the UK Data Service data archive (UKDA). The team encourages other researchers to use the database for new analyses. “Individual-differences studies are rarely conducted, as these studies are time-consuming and expensive,” says Hintz. “Especially in the current situation, where in-person testing isn’t always possible, this resource may provide alternative routes for conducting research.”

“The database is valuable to any researcher, clinician, or teacher interested in investigating the relationships between linguistic skills, non-linguistic skills and linguistic knowledge,” Hintz concludes. “Ultimately, using this dataset, one may take a first step toward determining what makes someone a good language user.

About this language and learning research news

A behavioural dataset for studying individual differences in language skills

This resource contains data from 112 Dutch adults (18–29 years of age) who completed the Individual Differences in Language Skills test battery that included 33 behavioural tests assessing language skills and domain-general cognitive skills likely involved in language tasks. The battery included tests measuring linguistic experience (e.g. vocabulary size, prescriptive grammar knowledge), general cognitive skills (e.g. working memory, non-verbal intelligence) and linguistic processing skills (word production/comprehension, sentence production/comprehension). Testing was done in a lab-based setting resulting in high quality data due to tight monitoring of the experimental protocol and to the use of software and hardware that were optimized for behavioural testing. Each participant completed the battery twice (i.e., two test days of four hours each). We provide the raw data from all tests on both days as well as pre-processed data that were used to calculate various reliability measures (including internal consistency and test-retest reliability). We encourage other researchers to use this resource for conducting exploratory and/or targeted analyses of individual differences in language and general cognitive skills.

11 Facts on detentions under the Mental Health Act