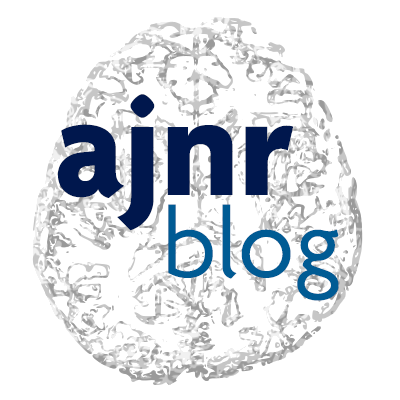 The diagnostic pathway for MCDs is complex owing to wide variations in presentation and etiology, thereby hampering timely and adequate management. In this article, the international MCD network Neuro-MIG provides consensus recommendations to aid both expert and non-expert clinicians in the diagnostic work-up of MCDs with the aim of improving patient management worldwide. They reviewed the literature on clinical presentation, etiology and diagnostic approaches for the main MCD subtypes and collected data on current practices and recommendations from clinicians and diagnostic laboratories within Neuro-MIG. They reached consensus by 42 professionals from 20 countries, using expert discussions and a Delphi consensus process.

Many MCDs are caused by an underlying genetic defect. Rapid advances in molecular genetics and neuroimaging techniques in recent years have substantially increased the number of recognized MCD forms and their associated genes and have highlighted the considerable genetic heterogeneity associated with these disorders.

The consensus definitions for the main types of MCD are:

Each of these is giving more detail, for instance…

PVNH can occur in isolation or together with other brain or body malformations and is not rare: in one study, PVNH was observed in 0.48% of the general pediatric population. The nodules can occur unilaterally or bilaterally, and should be further defined according to their number and location. PVNH is associated with numerous different copy number variations (CNVs) and single gene variants and can be part of a complex syndromic disorder.

The authors hypothesized that extracting imaging metrics within FDOPA hypermetabolic ROIs may reflect unbiased physiological features within metabolically active gliomas. This method has never been used for extracting MRI features. Although the molecular subtype and grade of gliomas were generally determined by resection or biopsy, clarifying imaging features of each subtype or grade of gliomas within metabolically active regions may help monitor therapeutic-related changes and predict prognosis later on. The objective of this study was to assess whether hypermetabolically-defined ROIs on FDOPA PET could be used to evaluate tumor metabolism and whether there were measurable differences between molecular subtypes and tumor grades using this approach.

68 patients with treatment-naïve and histologically confirmed gliomas who underwent FDOPA PET and MRI scans between 2007 and 2019 were retrospectively included. All patients were diagnosed with WHO grade II, III, or IV diffuse gliomas by surgical resection or biopsy according to the 2007 or 2016 WHO classification of the central nervous system tumors. The MRI scans were performed within 2 months of the corresponding PET scans. Patients were classified by isocitrate dehydrogenase (IDH) mutation status and 1p19q codeletion status, detected by conventional techniques.

They conclude that FDOPA hypermetabolic ROI may extract useful, unbiased imaging features of gliomas, which can be used to illuminate biological differences between different molecular status and tumor grades, and lead to the discovery of novel imaging biomarkers.

Note: In line with a previous study reporting that about 30% of newly diagnosed gliomas were PET-negative against the background of amino acid PET, the authors chose to exclude 15 of the 68 (22%) gliomas for the evaluations using FDOPA due to their hypometabolism. Meanwhile, hypermetabolic ROIs may be useful when gliomas are suspected following standard MRI, and thereafter revealed to be amino acid PET positive. In such cases, the new technique may extract more useful features of gliomas than the widely used standard technique using FLAIR-ROI.

4 figures which are mainly plots and not imaging

Active American professional football players recruited prospectively were assessed with DTI, conventional MRI, and standard clinical workup. Subjects underwent an optional preseason baseline scan and were asked to undergo a scan within 5 days of concussion during gameplay. DTI from 25 age- and sex-matched controls were obtained.

Forty-nine active professional football players were recruited into the study. Of the 49 players, 7 were assessed at baseline during the preseason and after acute concussion. An additional 18 players were assessed after acute concussion only. An additional 24 players had only preseason baseline assessments. The results suggest DTI is more sensitive to suspected traumatic axonal injury than conventional MRI, given that 4 players demonstrated decreased fractional anisotropy (FA) in multiple tracts despite normal conventional MRI. Furthermore, the data suggest individual assessment of DTI data using baseline premorbid imaging is more sensitive than typical methods of comparing data to a normative control group.

Overall sensitivity for detection of LM was 71.4%, 71.4%, and 82.9% on 3D T1-WI, 2D T1-WI, and 2D FLAIR. 3D T1-WI is the best for identifying leptomeningeal nodules. The sensitivity of 2D FLAIR is the highest for both LNE and cranial nerve enhancement.

The fundamental brain organizing principles of segregation into functionally specialized areas and integration into highly connected macroscale brain networks form the basis of neuroscientific research into brain structure and function. Over recent decades, the ability to noninvasively measure inherent activity fluctuations from the whole brain using resting-state functional MRI (rfMRI) has offered many insights into this macroscale functional organization. In rfMRI, similarities (between different brain regions) in the spontaneous fluctuations of the blood oxygenation level dependent (BOLD) signals—termed functional connectivity—can be used to explore intrinsic functional relationships across brain areas and examine how these vary across healthy and disease states and through the population. However, the field of rfMRI is fractionated, with ongoing debates regarding preprocessing strategies and brain parcellations, as well as extensive divergence of post-processing analysis methods and endpoints. These challenges greatly impact the ability of the field to achieve reproducible progress.

This review provides an overview of different brain representations, lay out the challenges that have led to the fractionation of the field and that continue to form obstacles for convergence, and propose concrete guidelines to unite the field.

Initially, CJD diagnostic criteria comprised only the presence of abnormal signal in the caudate and putamen because of the low sensitivity of conventional MRI sequences in detecting cortical abnormalities. Subsequently, Zerr et al updated sCJD diagnostic criteria, adding MRI signal hyperintensities in the cortex of at least 2 lobes, excluding the frontal lobes on diffusion weighted imaging (DWI) and fluid-attenuated inversion recovery (FLAIR). These criteria were adopted for national surveillance purposes by many countries, including the US; they are referred to in this article as the current standard. However, these criteria might be too conservative, missing the diagnosis of patients with frontal cortex and/or only 1 lobe involvement.

Progress has also been made with cerebrospinal fluid (CSF) tests. Satisfactory sensitivity (70%-85%) but low specificities (40%-74%) have been reported for 14-3-3 and tau. Recently, an improved version of real-time quaking-induced conversion (RT-QuIC, also known as IQ-CSF or second generation RT-QuIC) showed a remarkable increase in sensitivity with no loss of specificity, reaching a sensitivity of 95% and a specificity of 100%. This study assessed the sensitivity and specificity of diffusion MRI for the diagnosis of sCJD with a new criterion (index test) of at least 1 positive brain region among the cortex of the frontal, parietal, temporal, and occipital lobes; the caudate; the putamen; and the thalamus and compared the index test’s performance with that of currently used criteria.

In this diagnostic study of 1387 patients with suspected sCJD, the new criterion increased the sensitivity of MRI for autopsy-confirmed sCJD compared with current applied criteria. The diagnostic performance of diffusion MRI was comparable with the improved version of the real-time quaking-induced conversion test in cerebrospinal fluid.

2 figures and 3 tables, with MR

Fundamentally, the studies discussed in this review highlight the benefits of a good night’s sleep. Sleep is an evolutionarily conserved mechanism that serves multiple purposes, with benefits to the homeostatic support of the cardiovascular system, immune system, and memory. Yet the most fundamental incentive for the brain to sleep lies in its own self-preservation: Only the sleeping brain is capable of efficiently clearing the waste products generated during active wakefulness. Amyloid-b, tau, and a-synuclein are all present in the brain extracellular fluid and CSF at higher concentrations during wakefulness than during sleep, and sleep deprivation further increases these levels. Indeed, positron emission tomography imaging has shown that a single night of sleep deprivation resulted in a significant increase in amyloid-b burden in the hippocampus and thalamus. Humans need sleep to clear proteins from the brain extracellular space, or these proteins will aggregate, impede fluid flow, and potentiate further fibril polymerization. Together with local inflammation, this process may be expected to progressively suppress glymphatic flow in the most affected regions.

These observations suggest a causal linkage between the sleep-wake cycle and its regulation of fluid flow via the glymphatic system, and thereby the modulation of the balance between protein clearance and aggregation. As such, the observations suggest a basis for the increased incidence of protein aggregation–related disorders that occur with aging, the appearance of which tracks age-related declines in both vascular health and glymphatic patency.

The neurodegenerative dementias may thus be viewed as the products of a final common pathway that integrates the dysfunction of any and all of these closely interdependent upstream mechanisms.

4 figures without imaging but beautiful schematics

In the context of stroke management, AI is ideally suited to reducing inter-rater disagreement, improving standardization of assessments, enabling quick assessments of meaningful imaging data, supporting clinical decision making through identification of key treatment-relevant variables and synthesizing these variables to predict treatment responses. There is also considerable scope for the implementation of more advanced imaging analysis to provide clinicians with contextual information, such as the potential ‘life expectancy’ of the penumbra (which would be particularly helpful when long-distance inter-hospital transfers are required), and to analyze every voxel in an image rather than specific elements such as the penumbra, ischemic core or hypodense region.

The need for decision support tools provides a strong motivation for researchers to pool data and standardize assessments so that clinicians can be provided with a comprehensive and validated output. Perhaps the greatest value of AI for stroke clinicians is its ability to amalgamate, prioritize and summarize a large volume of clinical and imaging characteristics of one individual and to compare these with fitted models that have undergone robust evaluation and optimization with large cohorts of data (>5,000 patients) to assist routine clinical decision making. This application of AI does not remove the need for clinician or radiologist assessment of imaging but is ideally suited to decision support.

How Drugmakers Influence Our Beliefs About ‘Mental Illness’

Are Gadolinium-Enhanced MR Sequences Needed in Simultaneous 18F-FDG-PET/MRI for Tumor Delineation in Head and...