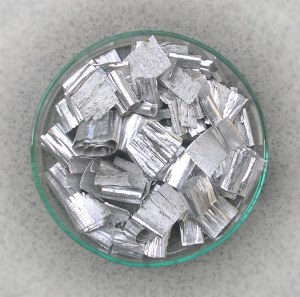 Magnesium is a rather understated metal which however plays such a significant role in health. This should not be surprising as it is the eighth most common metal in the Earth’s crust, and the fourth most abundant mineral in the human body. Explaining why magnesium is so central to health, Uwe Gröber and colleagues, in their paper titled Magnesium in prevention and therapy, point out that this underrated element is a cofactor in more than 300 enzyme systems which regulate such diverse biochemical reactions ranging from protein synthesis to neuromuscular transmission.

With such an important physiological function, it is alarming that the body can very easily run out of magnesium. But this is exactly what Gröber and colleagues demonstrated in their paper, which was incidentally published in the journal, Nutrients, in 2015; they showed that magnesium deficiency can result from a myriad of medical disorders such as alcoholism, malabsorption, endocrine disorders, chronic kidney diseases, and dialysis, or from the use of drugs such as antibiotics, chemotherapeutic agents, diuretics, and proton pump inhibitors.

Because of its diverse and important role, magnesium deficiency doesn’t lie down quietly in the corner and mope; rather it screams out in many tongues. Low magnesium therefore presents with symptoms such as lethargy, vomiting, fatigue, cramps, tremor, carpopedal spasm, tetany, seizures, and cardiac arrhythmias. Even more astonishing is the list of disorders that may be triggered by magnesium deficiency, from asthma, diabetes, hypertension, and osteoporosis, to stroke, attention deficit hyperactivity disorder (ADHD), Alzheimer’s disease, of all things, and of course migraine. Obstetricians will of course remind us of the indispensability of magnesium for eclampsia.

With the foregoing in the background, it is easy to understand why researchers have thoroughly investigated the possible place of magnesium in the treatment of migraine. Exploring its prophylactic role, for example, Hsiao-Yean Chiu and colleagues touted the virtues of magnesium in their paper titled Effects of intravenous and oral magnesium on reducing migraine: a meta-analysis of randomized controlled trials. Publishing in the journal Pain Physician in 2016, the authors reviewed 10 key studies, with a combined number of 789 subjects, which assessed the ability of magnesium to prevent migraine, and they concluded that “oral magnesium significantly alleviated the frequency and intensity of migraine“. The authors felt confident enough in their findings to recommend oral magnesium as a part of a “multimodal approach to reduce migraine”.

Even more authoritative about the role of magnesium in migraine prophylaxis is the conclusion of the systematic review published in the journal Headache in 2017 titled Magnesium in migraine prophylaxis-is there an evidence-based rationale? a systematic review. The authors, Alexander von Luckner and Franz Riederer, found grade C, or possibly effective, evidence in support of the preventative role of magnesium in migraine. Going further, Charly Gaul and colleagues, publishing in the Journal of Headache and Pain in 2015, reported that adding riboflavin and coenzyme Q10 significantly increased the beneficial effect of magnesium.

There is however a dampener to the celebrity status of magnesium in the migraine prophylaxis saga:  some reports simply found insufficient evidence for it. One such paper, published in the journal Cephalalgia in 2014 is titled An evidence-based review of oral magnesium supplementation in the preventive treatment of migraine. The authors, Levi Teigen and Christopher Boesy, reviewed 16 relevant studies and concluded that “the strength of evidence supporting oral magnesium supplementation is limited at this time“. But even then, they appreciate that absence of evidence is not the evidence of absence. They therefore did not dismiss the potential benefit of magnesium in migraine, and had no objection to migraineurs supplementing their dietary magnesium intake. As this paper was published in 2014, a lot has clearly passed under the bridge since then.

Magnesium in the acute treatment of migraine has also been under scrutiny, and one such searchlight was shone by Hsiao-Yean Chiu and colleagues in their paper cited above. After reviewing 11 relevant studies comprising 948 subjects, they found that “intravenous magnesium significantly relieved acute migraine“. It is reassuring that two older papers also came to the same conclusion; the first, by ME Bigal and colleagues, was published in the journal Cephalalgia in 2002, and the second, by Şeref Demirkaya and colleagues, is reported in the journal Headache in 2004. Both papers revealed that 1000mg of magnesium sulfate intravenously was effective in aborting acute migraine attacks, especially if the attacks are associated with auras. Furthermore, writing in the journal Clinical Neurology and Neurosurgery in 2019, Fanny Xu and colleagues found that magnesium is effective even in status migrainosus, the most pernicious form of acute migraine.

But, as you guessed, the verdict on the benefit of magnesium in acute migraine is far from unanimous. For example, Y Cete and colleagues, publishing their case series of emergency department patients in the journal Cephalagia in 2005, reported that magnesium is no better than placebo for acute migraine. Furthermore, Hyun Choi and Nandita Parmar in their meta-analysis, published in the European Journal of Emergency Medicine in 2014, said intravenous magnesium “failed to demonstrate a beneficial effect” in acute migraine. Arpad Pardutz and Laszlo Vecsei, commenting in the Journal of Neural Transmission in 2012, even discouraged the use of magnesium because there are more effective treatment options.

Why are there such conflicting conclusions about the value of magnesium in acute migraine? One answer may lie in the almost prehistoric observation by Alexander Mauksop and colleagues; writing way back in 1996, in the journal Headache, they suggested that only a subset of migraine sufferers are susceptible to low magnesium levels. The authors go further to argue that low magnesium may be a trigger, not just for migraine, but for tension type headaches and cluster headaches; they therefore recommended that magnesium levels should be assessed in patients presenting with significant headaches, whatever the cause.

In conclusion, the evidence for the use of oral magnesium in migraine prophylaxis justifies its clinical use. The evidence for the use of intravenous magnesium for acute migraine is however less clear-cut, and future studies may help to clarify the ambiguity. In the meantime, it may be worth checking magnesium levels when a migraine attack defies conventional treatment: a top-up might just make the difference. And for the researchers, it may be time to look more closely at precision migraine medicine – it might just help to define those migraine sufferers who will benefit from that magic shot of magnesium.

Study Shows How Memories Are Stored in the Brain, With Potential Impact on Conditions...