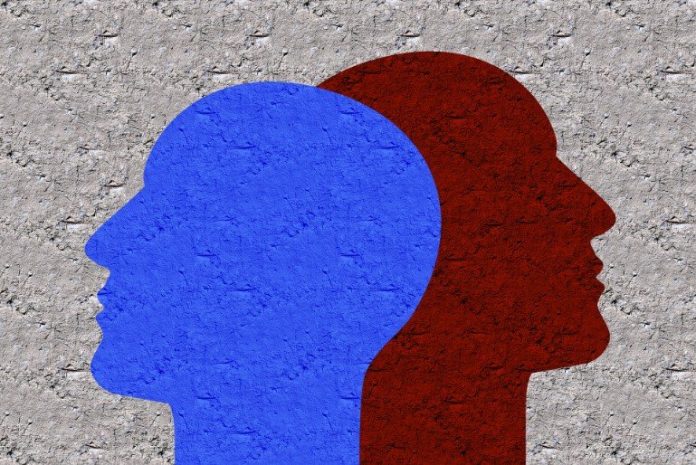 Every 11 minutes, an American dies by suicide. That’s 132 people a day or more than 48,000 annually. For those left behind, the haunting question is why.

One emerging factor is family history. Perhaps the most famous example is Ernest Hemingway’s family. In addition to his own suicide in 1961, the novelist’s father, sister, brother, and niece took their own lives—in all, five deaths by suicide in three generations. But there are also thousands of families worldwide with similar histories that are compelling researchers to investigate the genetics of suicidal acts.

In a new analysis of this risk, researchers at University of Utah Health’s Huntsman Mental Health Institute have detected more than 20 genes that could have a role in these deaths. The study, among the first comprehensive genome-wide analyses of suicide death, also found significant genetic cross-connections to psychiatric diseases and behaviors associated with suicide, including bipolar disorder, schizophrenia, and autism spectrum disorder.

The researchers say the study establishes that suicide death is partially heritable and that it tracks in families independent of the effects of a shared environment. Identifying these genetic risk factors, they say, could lead to better ways to predict who might be at risk of suicide and inform new strategies for preventing the worst from happening.

“What is important about this study is that, using the whole genome, we have created a genetic risk score for suicide that predicts case-control status in the lab,” says Anna R. Docherty, Ph.D., lead author of the study, quantitative geneticist at the Huntsman Mental Health Institute, and assistant professor of psychiatry at U of U Health. “It can also help us study how genetics and environment interact to increase suicide risk. We are far from using any genetic risk score in the clinic, but this is the first step to quantifying biological risk for suicide in an individual.”

The study appears in the American Journal of Psychiatry.

Although stress, loneliness, financial strains, childhood trauma and other environmental issues can contribute to death by suicide, scientists have long thought that other factors must be involved.

“When I tell people that suicide risk is estimated to be 45% to 55% genetic, they look very surprised,” says Douglas Gray, M.D., co-author of the study and a professor of child psychiatry who specializes in suicide prevention. “They say, ‘No, it’s caused by losing a job, feeling helpless, or experiencing a romantic breakup.’ Well, if romantic breakup was the cause of suicide, we’d all be dead.”

Previously, the U of U Health team identified four gene variants that could amplify the risk of suicide based on a close examination of 43 high-risk families. But that research, like many other genetic suicide studies, focused on specific genetic segments of the human genome.

To get a more comprehensive picture of the genes potentially involved in suicide, Docherty and colleagues used computer technology to analyze millions of DNA variants in 3,413 samples obtained from the Utah Office of the Medical Examiner. Some of these subjects who had died by suicide had a family history of suicide, but others didn’t.

This is the largest suicide death sample in the world, a major improvement on previous genetic studies. These samples were compared to DNA from more than 14,000 individuals with matched ancestry from outside of the state who did not die by suicide. They also examined medical records for mental and physical health conditions.

Using a procedure called genome-wide association study (GWAS), the researchers looked at genetic variants known as SNPs (pronounced “snips”), which are essentially pieces of the genetic code. These millions of SNPs helped them identify 22 genes potentially implicated in an increased risk of suicide death located on four chromosomes. But using the millions of SNPs together in one formula, they were also able to score and predict suicide status across two separate datasets.

However, the researchers stress that genetics is just one of many factors that can contribute to death by suicide.

“Death by suicide typically requires a cascade of events,” Gray says. “That cascade could include a genetic predisposition combined with untreated or undertreated mental illness, substance abuse, the strains of daily life when your brain isn’t functioning well, firearm availability, and final instigating stressor, such as a romantic breakup, that leads to tragedy.”

Among the study’s limitations are that the majority of suicide cases were from Northern European ancestry. Not every individual with a DNA sample in the analysis had available medical record data to clarify presence or absence of a mental health diagnosis. Missing data may mean an absence of a diagnosis due to care outside the state, lack of insurance, cultural factors, or stigma.

Moving forward, the researchers plan to conduct larger and more diverse suicide death studies that will include people of Mexican and Native American ancestries.

“This study and others that follow are going to allow us to better understand the constellation of risk factors associated with suicide and to help decrease stigma relating to it,” Docherty says. “It will hopefully encourage families with a history of suicide to learn more and discuss risk and protective factors, as they would talk about other medical conditions like high blood pressure or cardiovascular disease.”

Death by suicide is a highly preventable yet growing worldwide health crisis. To date, there has been a lack of adequately powered genomic studies of suicide, with no sizable suicide death cohorts available for analysis. To address this limitation, the authors conducted the first comprehensive genomic analysis of suicide death using previously unpublished genotype data from a large population-ascertained cohort.

Prescribing for Anxiety Has Increased in Those Under Age 35

Children Eat What They Like, but Food Intake Driven More by What They Dislike

Imaging Parameters of the Ipsilateral Medial Geniculate Body May Predict Prognosis of Patients with...