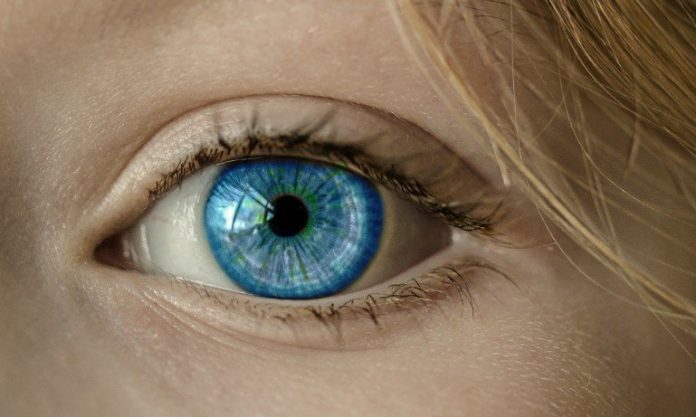 Summary: Researchers discovered the genetic properties of the glial cells that wrap around axons in our corneas have the potential for nerve regeneration and vision preservation.

The insulation around nerve cell components in our corneas have unique properties, and little is known about them. But UConn School of Medicine neuroscience professor Royce Mohan believes his lab is on the verge of uncovering a path to better understanding that ultimately could lead to several vision-preserving advances.

Learning more about the cellular environment in the cornea, including what are known as glial cells that wrap around the nerve cell’s axons, could have implications for healing after surgeries and corneal transplants, as well as nerve regeneration, not just in the eyes but potentially in other systems of the body.

In a paper published in the Journal of Neuroscience Research, lead author Paola Bargagna-Mohan, assistant professor of neuroscience, details a method of characterizing every cell in the cornea using an approach known as single-cell RNA sequence analysis to answer questions about the cornea’s healing process. The study was done through a collaboration with Paul Robson, associate professor and director of single cell biology at The Jackson Laboratory for Genomic Medicine (JAX), which houses state-of-the art facilities for this type of research.

“Going in we knew there would be challenges,” says Bargagna-Mohan, a recipient of a UConn Research Excellence Program award. “After several attempts, we were finally able to optimize our experimental approach to our advantage. I was extremely excited to get the funding from the UConn Vice President for Research at this critical time to drive this project.”

A material known as myelin insulates axons of nerve fibers and enhances transmission of impulses among neurons. But nature has made the cornea an exception. Myelin in the cornea would interfere with light transmission. Therefore, the non-myelinating corneal Schwann cells, aptly called so because they do not produce myelin, are adapted to maintain corneal transparency, optimizing the focus of light on the retina, a crucial element of our vision.

“This class of glial cells, better known as Schwann cells, have never before been isolated and characterized,” Mohan says. “So this is the first big step we took to help this field move forward in trying to repair the nerves of the cornea after surgeries, and also to understand corneal pain.”The Mohan Lab’s single-cell RNA sequence analysis enables access to these cells to study them to an unprecedented extent.

“All the genes that are expressed in each of the cells can be characterized,” Mohan says. “But not all cells are equal, even within a certain cell type, cells are never equal. And so cells that are sitting on the peripheral side of the cornea could be very different from the cells in the middle of the cornea. And by characterizing them, we can actually interpret that information to know what genes are expressed at the corner of the eye versus the one in the middle of the eye.”

Mohan, who holds the John A. and Florence Mattern Solomon Endowed Chair in Vision Biology and Eye Research, says this method already has uncovered unique genes that are not expressed in Schwann cells of other tissues, which may eventually solve the mystery of how corneal Schwann cells function without interfering with light transmission.

He has a grant application pending with the National Eye Institute to continue his study of these unique cells and their role in nerve repair and sensory function.

When it comes to corneal transplants – relatively common procedures throughout the world that would be even more common if there were enough donor corneas available to meet demand – one of the associated risks is the recipient doesn’t necessarily regain full sensory function of the eye. The corneal nerves’ hypersensitivity to foreign bodies is an evolutionary mechanism of injury prevention.

“If you don’t get the sensory function, you may accidentally touch your eye and injure your cornea, and that could be very traumatic for someone who’s just had a corneal transplant,” Mohan says, noting that donor corneas generally can be preserved for several days. “We would be very interested to know how the Schwann cells survive in the existing donor tissue. Is there something we could do to enhance their survival into even higher levels? And, as well, after the operation is done?”

Sensory function is also a consideration for those who undergo laser-assisted in-situ keratomileusis. Commonly known as LASIK, it’s a vision correction procedure in which the corneal axons are cut and the Schwann cells are injured.

“They also get some side effects like burning sensation, gritty feeling, and the exact molecular mechanism of what causes it and how to help the tissue heal better is not known,” Mohan says.

Another condition that could benefit from a better understanding of Schwann cells’ behavior is dry eye. While temporary dry eye is common, for some it can be a chronic condition in which the corneal nerves feel irritated.

“Therapeutics are discovered by knowing which genes have to be activated or which ones have gone berserk that need to be subdued,” Mohan says. “What are these genes that are present in the Schwann cell doing when the cornea is injured? And from there, you ask the question, could you support nerve injury healing by either activating a gene or inhibiting something that has gone bad?”

Better understanding of the Schwann cell genes and the proteins they encode could lead to, for example, a topical drop that could support wound healing by inhibiting these targeted proteins.

The cornea is the most innervated tissue in the human body. Myelinated axons upon inserting into the peripheral corneal stroma lose their myelin sheaths and continue into the central cornea wrapped by only nonmyelinating corneal Schwann cells (nm‐cSCs). This anatomical organization is believed to be important for central vision. Here we employed single‐cell RNA sequencing (scRNA‐seq), microscopy, and transgenics to characterize these nm‐cSCs of the central cornea. Using principal component analysis, uniform manifold approximation and projection, and unsupervised hierarchal cell clustering of scRNA‐seq data derived from central corneal cells of male rabbits, we successfully identified several clusters representing different corneal cell types, including a unique cell cluster representing nm‐cSCs. To confirm protein expression of cSC genes, we performed cross‐species validation, employing corneal whole‐mount immunostaining with confocal microscopy in mouse corneas. The expression of several representative proteins of nm‐cSCs were validated. As the proteolipid protein 1 (PLP1) gene was also expressed in nm‐cSCs, we explored the Plp1‐eGFP transgenic reporter mouse line to visualize cSCs. Specific and efficient eGFP expression was observed in cSCs in adult mice of different ages. Of several putative cornea‐specific SC genes identified, Dickkopf‐related protein 1 was shown to be present in nm‐cSCs. Taken together, our findings, for the first time, identify important insights and tools toward the study nm‐cSCs in isolated tissue and adult animals. We expect that our results will advance the future study of nm‐cSCs in applications of nerve repair, and provide a resource for the study of corneal sensory function.