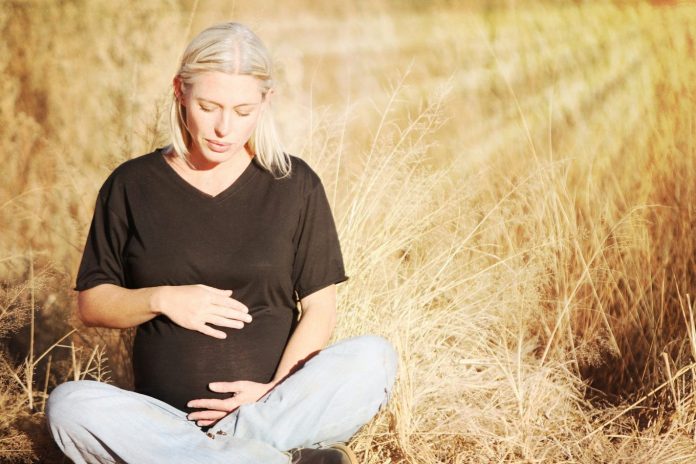 Infants’ brains may be shaped by levels of stress their mother experiences during pregnancy, a study has revealed.

Stress levels in mothers – measured by a hormone linked to anxiety and other health problems – is related to changes in areas of the infant brain associated with emotional development, the study suggests.

Doctors say the findings highlight the urgent need for women to be better supported with their mental and physical health before and during pregnancy, and could help them spot mums and babies who need help.

The experts add that pregnant women who feel stressed or unwell should seek help from their midwife or consultant and that with support, most health issues can be well managed in pregnancy.

Maternal stress is known to influence the development of the child’s behaviour and ability to regulate its emotions as it grows. This is usually measured by questionnaires, which are not always reliable.

The new study is the first time that scientists have used an objective measure – levels of the hormone cortisol – in the mother to study links with baby brain development.

Cortisol is involved in the body’s response to stress – with higher levels indicating higher stress – and also plays a role in foetal growth.

A research team led by the University of Edinburgh showed that levels of cortisol are linked to the development of the baby’s amygdala, an area of the brain known to be involved in emotional and social development in childhood.

For the study, scientists took hair samples from 78 pregnant women to determine the women’s levels of cortisol in the previous three months.

The women’s babies underwent a series of brain scans using Magnetic Resonance Imaging, or MRI, a non-invasive scan that took place whilst the baby slept.

The researchers found that higher levels of cortisol in the mother’s hair were linked to structural changes in the infants’ amygdala as well as differences in brain connections.

Doctors say this could explain why children whose mothers experienced high levels of stress during pregnancy may be more likely to have emotional issues in later life.

They caution, however, that the study did not assess emotion in children.

The study was funded by the global children’s charity, Theirworld, and is published in the journal eLife.

Lead researcher, Professor James Boardman, Director of the Jennifer Brown Research Laboratory at the MRC Centre for Reproductive Health at the University of Edinburgh, said: “Our findings are a call to action to detect and support pregnant women who need extra help during pregnancy as this could be an effective way of promoting healthy brain development in their babies”.

Professor Rebecca Reynolds, Personal Chair of Metabolic Medicine at the University of Edinburgh, who co-led the study, said: “Thankfully, psychological treatments are very successful at helping mothers and children and we hope that our findings could guide therapies in future to help spot those who might be most in need of support.”

Sarah Brown, Chair of Theirworld, said: “This research highlights how important it is to support women’s mental health during pregnancy to ensure that their needs are met and that their babies have the best start in life. Helping mothers cope with stress is an important step to ensure both mum and baby thrive.”

About this psychology and brain development research news

The mechanisms linking maternal stress in pregnancy with infant neurodevelopment in a sexually dimorphic manner are poorly understood. We tested the hypothesis that maternal hypothalamic-pituitary-adrenal axis activity, measured by hair cortisol concentration (HCC), is associated with microstructure, structural connectivity, and volume of the infant amygdala. In 78 mother-infant dyads, maternal hair was sampled postnatally, and infants underwent magnetic resonance imaging at term-equivalent age. We found a relationship between maternal HCC and amygdala development that differed according to infant sex. Higher HCC was associated with higher left amygdala fractional anisotropy (β = 0.677, p=0.010), lower left amygdala orientation dispersion index (β = −0.597, p=0.034), and higher fractional anisotropy in connections between the right amygdala and putamen (β = 0.475, p=0.007) in girls compared to boys. Furthermore, altered amygdala microstructure was only observed in boys, with connectivity changes restricted to girls. Maternal cortisol during pregnancy is related to newborn amygdala architecture and connectivity in a sexually dimorphic manner. Given the fundamental role of the amygdala in the emergence of emotion regulation, these findings offer new insights into mechanisms linking maternal health with neuropsychiatric outcomes of children.

Is Seeing Believing? How Neural Oscillations Influence Our Conscious Experience

Speaking “Baby Talk” to Infants Isn’t Just Cute: It Could Help Them Learn to...