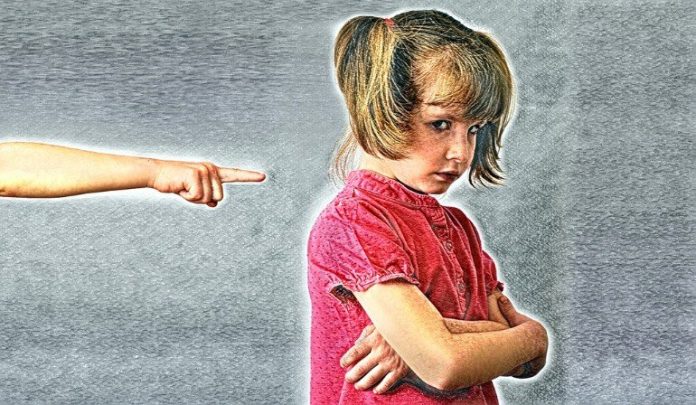 Summary: Children as young as four are more willing to make personal sacrifices to punish those who do wrong, especially if they believe the punishment will teach the transgressor a lesson.

Many children are willing to make personal sacrifices to punish wrongdoers — and even more so if they believe punishment will teach the transgressor a lesson, a new Yale study published Nov. 23 in the journal Nature Human Behaviour shows.

Philosophers and psychologists have long argued whether the main reason people punish others for bad behavior is to enact retribution or to impart a moral lesson. In adults, most studies show the answer is that people have both motives. But what about children, who are less steeped in societal values?

“Children are less exposed to social ideas about how to behave in certain ways,” said first author Julia Marshall, who conducted the research in the lab of Molly Crockett, assistant professor of psychology at Yale and senior author of the paper. “We wanted to know if children are interested in punishing others because they want wrongdoers to pay, because they want to teach bad actors a lesson, or a combination of both.”

For the study, Marshall, Crockett, and Yale postdoctoral fellow Daniel Yudkin monitored the responses of 251 children between the ages of 4 and 7 who watched a video of a child tearing up another youngster’s art work.

The children first had to decide whether to punish the art destroyer by taking away their iPad. However, if the children decided to punish the transgressor, they would have to make a personal sacrifice — their own iPad would be locked away.

The researchers divided the children into two groups. The first group was told that if they chose “retributive” punishment, the wrongdoer would lose use of their iPad but would not be told why. The second group was told if they punished the wrongdoer he or she would be told it was for ripping up the drawing, what researchers called the “communicative” condition.

About one-quarter of children (26%) in the first group decided to punish the transgressor even after being told they would lose use of their own iPad. “Retribution is a driving force in young children’s moral judgement,” said Marshall.

However, children in the second group, who knew that the wrongdoer would be told why he or she was being disciplined, were 24% more likely to punish than the first group.

“The opportunity to teach a wrongdoer a lesson motivates children to punish over and above the desire to see them suffer for their actions,” Crockett said.

“Children seem equipped at an early age with both a desire for punishers to receive their just deserts, and a desire to have them improve their behavior for next time,” said Marshall, who is now a postdoctoral researcher at Boston College.

Crockett added: “Despite having a taste for retribution, young children also value the social benefits that punishment can bring. How social learning impacts the balance of retributive and forward-looking motives for punishment is an important avenue for future study.”