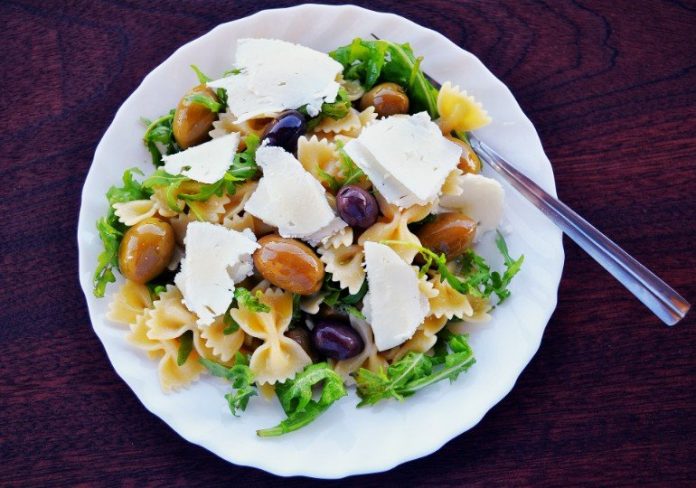 Even before the pandemic and the presidential election, Americans reported some of the highest perceived levels of stress in the world, according to the American Psychological Association. Not only does stress have negative effects on work and personal relationships, it also increases the risk of many chronic conditions, such as heart disease and Alzheimer’s disease, and is associated with higher mortality rates.

But eating a Mediterranean diet may provide a relatively easy way to help lessen the physiological effects of stress and promote healthy aging, according to a new study conducted by researchers at Wake Forest School of Medicine, part of Wake Forest Baptist Health.

Findings from the study, the first preclinical trial to measure the effects of long-term consumption of a Western versus Mediterranean diet on stress under controlled experimental conditions, are published in the current online edition of the journal Neurobiology of Stress.

“It is very difficult to control or reduce stressors in our lives,” said Carol A. Shively, Ph.D., professor of pathology and comparative medicine at Wake Forest School of Medicine and principal investigator of the study. “But we do know that we can control our diet, and previous observational studies have suggested that lower perceived stress is associated with high fruit and vegetable consumption.

“Unfortunately, Americans consume a diet rich in animal protein and saturated fat, salt and sugar, so we wanted to find out if that diet worsened the body’s response to stress compared to a Mediterranean diet, in which much of the protein and fat come from plant sources.”

The researchers studied the effects of the chronic stress of low social status and the acute stress of being socially isolated for 30 minutes in 38 middle-age animals that were fed either a Mediterranean or Western diet. The diets were formulated to closely reflect human diets, with protein and fat derived largely from animal sources in the Western group and primarily from plant sources in the Mediterranean group.

To determine the diets’ effect on stress responses, the scientists measured changes in the sympathetic and parasympathetic nervous systems and in the adrenal gland hormone cortisol, in response to acute and chronic stress.

“Our study showed that the Mediterranean diet shifted the balance toward the parasympathetic nervous system, which is good for health,” Shively said. “By contrast, the Western diet increased the sympathetic response to stress, which is like having the panic button on all the time — and that isn’t healthy.”

The study’s findings suggest that population-wide adoption of a Mediterranean-like diet may provide a relatively simple and cost-effective intervention to reduce the negative impact of psychological stress on health and delay nervous system aging, Shively said.

Persistent psychological stress increases the risk of many chronic diseases of aging. Little progress has been made to effectively reduce stress responses or mitigate stress effects suggesting a need for better understanding of factors that influence stress responses. Limited evidence suggests that diet may be a factor in modifying the effects of stress. However, long-term studies of diet effects on stress reactive systems are not available, and controlled randomized clinical trials are difficult and costly. Here we report the outcomes of a controlled, randomized preclinical trial of the effects of long-term consumption (31 months, ~ equivalent to 9 human years) of Western versus Mediterranean – like diets on behavioral and physiological responses to acute (brief social separation) and chronic (social subordination) psychosocial stress in 38 adult, socially-housed, female cynomolgus macaques. Compared to animals fed a Western diet, those fed the Mediterranean diet exhibited enhanced stress resilience as indicated by lower sympathetic activity, brisker and more overt heart rate responses to acute stress, more rapid recovery, and lower cortisol responses to acute psychological stress and adrenocorticotropin (ACTH) challenge. Furthermore, age-related increases in sympathetic activity and cortisol responses to stress were delayed by the Mediterranean diet. Population level diet modification in humans has been shown to be feasible. Our findings suggest that population-wide adoption of a Mediterranean-like diet pattern may provide a cost-effective intervention on psychological stress and promote healthy aging with the potential for widespread efficacy.

My Letter to an Advocate for Involuntary Treatment