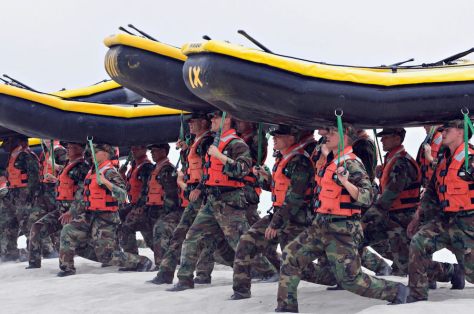 In the book, Extreme Ownership, Leif Babin (a U.S. Navy SEAL officer who was a SEAL instructor overseeing the Junior Officer Training Course in the Naval Special Warfare Training Center) shared a story about the performances of two boat crews during Hell Week. Boat Crew II (which dominated and had a strong leader) and Boat Crew VI (which came in last in almost every race and had an indifferent and inexperienced leader). A SEAL senior chief officer (one of the SEAL instructors) suggested that they swap out the boat crew leaders from the best and worst crews and see what happens. The turnaround was stunning: “Boat Crew VI, the same team in the same circumstances only under new leadership, went from the worst boat crew in the class to the best” (Willink & Babin, 2017, p. 48-49).

As Babin wrote (Willink & Babin, 2017, p. 49): “How is it possible that switching a single individual—only the leader—had completely turned around the performance of an entire group? The answer: leadership is the single greatest factor in any team’s performance. Whether a team succeeds or fails is all up to the leader. The leader’s attitude sets the tone for the entire team. The leader drives performance—or doesn’t. And this applies not just to the most senior leader of an overall team, but to the junior leaders of teams within the team.”

This is a classic example of the Pygmalion Effect.

“The idea here is that if an employee feels that a manager has confidence in him, his self-esteem will increase, as will his performance” (Aamodt, 2010, p. 330). Indeed, leaders often get the performance they expect from their employees.

“Managers not only shape the expectations and productivity of subordinates but also influence their attitudes toward their jobs and themselves. If managers are unskilled, they leave scars on the careers of young people, cut deeply into their self-esteem, and distort their image of themselves as human beings. But if they are skillful and have high expectations, subordinates’ self-confidence will grow, their capabilities will develop, and their productivity will be high” (Livingston, 1988, p. 130).