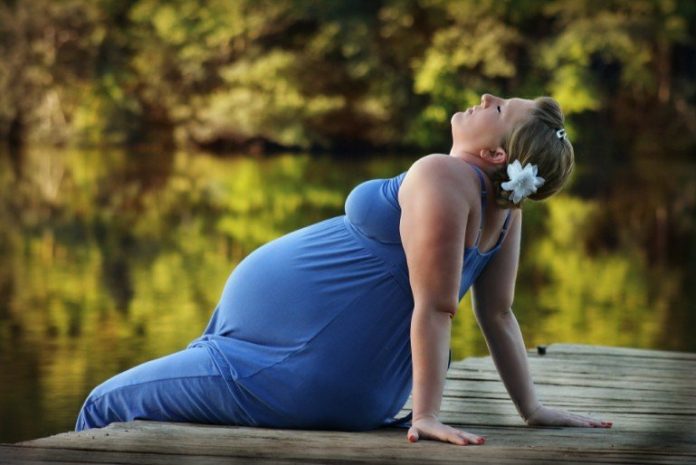 Summary: Higher levels of vitamin D during pregnancy were linked to increased IQ in children.

Vitamin D is a critical nutrient and has many important functions in the body. A mother’s vitamin D supply is passed to her baby in utero and helps regulate processes including brain development.

A study published today in The Journal of Nutrition showed that mothers’ vitamin D levels during pregnancy were associated with their children’s IQ, suggesting that higher vitamin D levels in pregnancy may lead to greater childhood IQ scores. The study also identified significantly lower levels of vitamin D levels among Black pregnant women.

Melissa Melough, the lead author of the study and research scientist in the Department of Child Health, Behavior, and Development at Seattle Children’s Research Institute, says vitamin D deficiency is common among the general population as well as pregnant women, but notes that Black women are at greater risk. Melough says she hopes the study will help health care providers address disparities among women of color and those who are at higher risk for vitamin D deficiency.

“I hope our work brings greater awareness to this problem, shows the long-lasting implications of prenatal vitamin D for the child and their neurocognitive development, and highlights that there are certain groups providers should be paying closer attention to. Wide-spread testing of vitamin D levels is not generally recommended, but I think health care providers should be looking out for those who are at higher risk, including Black women.”

Melough and her co-authors used data from a cohort in Tennessee called the Conditions Affecting Neurocognitive Development and Learning in Early Childhood (CANDLE) study. CANDLE researchers recruited pregnant women to join the study starting in 2006 and collected information over time about their children’s health and development.

After controlling for several other factors related to IQ, higher vitamin D levels in pregnancy were associated with higher IQ in children ages 4 to 6 years old. Although observational studies like this one cannot prove causation, Melough believes her findings have important implications and warrant further research.

“Vitamin D deficiency is quite prevalent,” Melough said. “The good news is there is a relatively easy solution. It can be difficult to get adequate vitamin D through diet, and not everyone can make up for this gap through sun exposure, so a good solution is to take a supplement.”

The recommended daily intake of vitamin D is 600 international units (IU). On average, Americans consume less than 200 IU in their diet, and so if people aren’t making up that gap through sun exposure or supplementation, Melough says people will probably become deficient. Foods that contain higher levels of vitamin D include fatty fish, eggs and fortified sources like cow’s milk and breakfast cereals. However, Melough notes that vitamin D is one of the most difficult nutrients to get in adequate amounts from our diets.

Additional research is needed to determine the optimal levels of vitamin D in pregnancy, but Melough hopes this study will help to develop nutritional recommendations for pregnant women. Especially among Black women and those at high risk for vitamin D deficiency, nutritional supplementation and screening may be an impactful strategy for reducing health disparities.

Melough says there are three key takeaways from the study:

“I want people to know that it’s a common problem and can affect children’s development,” Melough said. “Vitamin D deficiency can occur even if you eat a healthy diet. Sometimes it’s related to our lifestyles, skin pigmentation or other factors outside of our control.”

Vitamin D is critical to embryonic neuronal differentiation and other developmental processes that may affect future neurocognitive function. However, observational studies have found inconsistent associations between gestational vitamin D and neurocognitive outcomes.

We examined the association of gestational 25-hydroxyvitamin D [25(OH)D] with children’s IQ at 4–6 y, and explored whether associations differed by race.

This study used data from the CANDLE (Conditions Affecting Neurocognitive Development and Learning in Early Childhood) cohort. Between 2006 and 2011, CANDLE recruited 1503 women in their second trimester of healthy singleton pregnancies. Inclusion criteria for this analysis were gestation of ≥34 wk and availability of 25(OH)D and IQ data. Associations between second-trimester 25(OH)D plasma concentration and Stanford-Binet IQ scores in offspring at 4–6 y were examined using multivariable linear regression; interaction terms were used to explore possible effect modification by race.

Second-trimester maternal 25(OH)D was positively associated with IQ at 4–6 y, suggesting that gestational vitamin D status may be an important predictor of neurocognitive development. These findings may help inform prenatal nutrition recommendations and may be especially relevant for Black and other dark-skinned women at high risk of vitamin D deficiency.