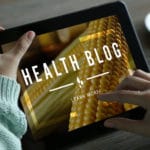 In a new study, researchers based in Italy propose that development of trust among all participants is a key objective metric when assessing the effectiveness of virtual groups.

Virtual communities are now more important than ever before expanding from a social connection framework to formal business and educational practices. In the study, researchers investigated how do we know, without bias, that our online groups are actually successful in helping us with our goals?

“Group formation is a key issue in social communities due to the importance of establishing an effective organization in which users perform actions that could benefit from collaboration and mutual social interactions,” said the author Giancarlo Fortino, professor of computer engineering in the DIMES Department of the University of Calabria.

“Is it possible to form effective groups in virtual communities by exploiting trust information without significant overhead, similarly to real user communities?”

Facebook, for example, reached 2.4 billion active users in 2019, and, in the last five years, more than one billion groups have formed on the platform. In each group, individuals must trust that the group will provide some value to them, whether it is in the form of humor or parenting tips or product reviews.

The group, in turn, must determine the value the individual will add to their group, as well as how important that value is, when admitting members.

“In general, the ability of the members of the same groups to have positive interactions will improve the social capital — or, simply, the effectiveness — of the community which represents the group itself,” Fortino said.

The study appears in IEEE/CAA, The Journal of Automatica Sinica.

In the team’s previous research, they proposed that individual members who trust each other and their contributions to a group enforces the cohesiveness of a group even as more members who are not directly connected join, such as friends of friends.

“In this work, we address the general problem of forming effective groups.”

“EPINIONS and CIAO users review items and assign them numeric ratings,” Fortino said. “Users can also build their own trust network by adding the people whose reviews they think are valuable.”

Fortino and the researchers analyzed three classes of users, from most valued to least valued in their reviews. They found that when one user had limited or inadequate interactions with another user, they would turn to their network of friends to determine trustworthiness.

“It’s similar to real communities,” Fortino said. “We have implemented this strategy in our algorithm to form groups in virtual communities based on a weighted voting mechanism, whereby each vote is represented by a trust value obtained by a suitable combination of reliability and local reputation.”

The strategy, when applied to the social network data, significantly improved the overall trust value of groups. The researchers are now studying the trust value metric in more complex configurations of the groups.

Ho, ho, ho… it’s beginning to look a lot like (a Green) Christmas