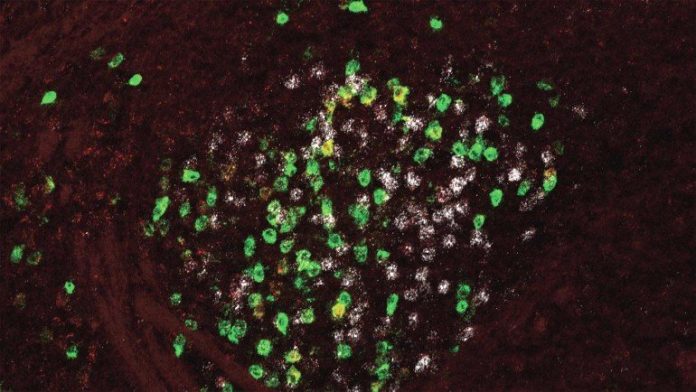 When a frightful creature startles you, your brain may activate its fear-processing circuitry, sending your heart racing to help you escape the threat. It’s also the job of the brain’s fear-processing circuits to help you learn from experience to recognize which situations are truly dangerous and to respond appropriately–so if the scare comes from a costumed goblin, you’ll probably recover quickly.

In more dire circumstances, however, the brain’s fear response can be critical for survival. “Being able to fear is the ability to sense the danger and is the driving force to figure out a way to escape or fight back,” said Cold Spring Harbor Laboratory Professor Bo Li.

Li’s team is probing the brain circuits that underlie fear, using sophisticated neuroscience tools to map their connections and tease out how specific components contribute to learning fear. A deeper understanding of these circuits could lead to better ways to control the overactive or inappropriate fear responses experienced by people with anxiety disorders.

Many of their studies begin with the amygdala, an almond-shaped structure that is considered the hub for fear processing in the brain. While the amygdala was once thought to be devoted exclusively to processing fear, researchers are now broadening their understanding of its role. Li’s team has found that the amygdala is also important for reward-based learning, and as they trace its connections to other parts of the brain, they are uncovering additional complexity. Li said:

Li and his colleagues were surprised recently to find that the amygdala communicates with a part of the brain best known for its role in controlling movement. The structure, called the globus pallidus, was not known to be involved in fear processing or memory formation. But when the researchers interfered with signaling between the amygdala and the globus pallidus in the brains of mice, they found that the animals failed to learn that a particular sound cue signaled an unpleasant sensation.

Based on their experiments, this component of the fear-processing circuitry might be important for alerting the brain “which situations are worth learning from,” Li said.

Li’s team and collaborators at Stanford University reported recent findings in the Journal of Neuroscience.

About this neuroscience and fear research news

The central amygdala (CeA) is critically involved in a range of adaptive behaviors, including defensive behaviors. Neurons in the CeA send long-range projections to a number of extra-amygdala targets, but the functions of these projections remain elusive. Here, we report that a previously neglected CeA-to-globus pallidus external segment (GPe) circuit plays an essential role in classical fear conditioning. By anatomical tracing, in situ hybridization and channelrhodopsin (ChR2)-assisted circuit mapping in both male and female mice, we found that a subset of CeA neurons send projections to the GPe, and the majority of these GPe-projecting CeA neurons express the neuropeptide somatostatin. Notably, chronic inhibition of GPe-projecting CeA neurons with the tetanus toxin light chain completely blocks auditory fear conditioning. In vivo fiber photometry revealed that these neurons are selectively excited by the unconditioned stimulus (US) during fear conditioning. Furthermore, transient optogenetic inactivation or activation of these neurons selectively during US presentation impairs or promotes, respectively, fear learning. Our results suggest that a major function of GPe-projecting CeA neurons is to represent and convey US-related information through the CeA-GPe circuit, thereby regulating learning in fear conditioning.

The central amygdala (CeA) has been implicated in the establishment of defensive behaviors towards threats, but the underlying circuit mechanisms remain unclear. Here we found that a subpopulation of neurons in the CeA, which are mainly those that express the neuropeptide somatostatin, send projections to the globus pallidus external segment (GPe), and this CeA-GPe circuit conveys unconditioned stimulus-related information during classical fear conditioning, thereby having an indispensable role in learning. Our results reveal a previously unknown circuit mechanism for fear learning.

How to Recover From Sleep Disruptions During the Pandemic

Teens Who Struggle in Relationships Suffer Premature Aging in Adulthood