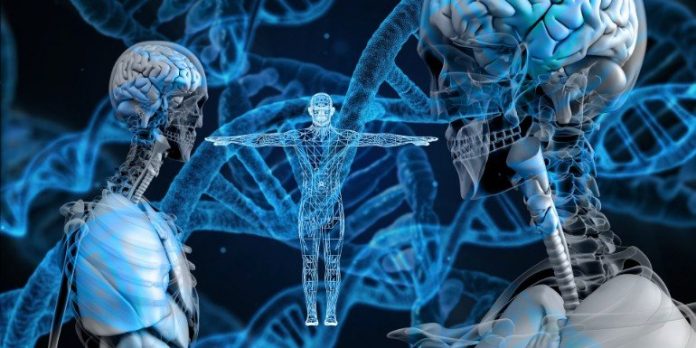 While our circadian body clock dictates our preferred rhythm of sleep or wakefulness, a relatively new concept—the epigenetic clock—could inform us about how swiftly we age, and how prone we are to diseases of old age.

People age at different rates, with some individuals developing both characteristics and diseases related to aging earlier in life than others. Understanding more about this so-called ‘biological age’ could help us learn more about how we can prevent diseases associated with age, such as dementia.

Epigenetic markers control the extent to which genes are switched on and off across the different cell-types and tissues that make up a human body. Unlike our genetic code, these epigenetic marks change over time, and these changes can be used to accurately predict biological age from a DNA sample.

Now, scientists at the University of Exeter have developed a new epigenetic clock specifically for the human brain. As a result of using human brain tissue samples, the new clock is far more accurate than previous versions, that were based on blood samples or other tissues.

The researchers hope that their new clock, published in Brain and funded by Alzheimer’s Society, will provide insight into how accelerated aging in the brain might be associated with brain diseases such as Alzheimer’s disease and other forms of dementia.

Professor Jonathan Mill, of the University of Exeter, who led the research team, said: “The research area of epigenetic clocks is a really exciting, and has the potential to help us understand the mechanisms involved in aging. Our new clock will help us explore accelerated aging in the human brain. As we’re using brain samples, this clearly isn’t a model that can be used in living people to tell how fast they’ll age—however, we can apply it to donated brain tissue to help us learn more about the factors involved in brain diseases such as dementia.”

The research team took a unique approach of analyzing 1,397 human brain samples, from people aged between one and 108. Previous models have largely been based on blood samples from people in mid life, so the wide age range is another strength that makes the new model a more accurate predictor. The team analyzed an epigenetic marker known as DNA methylation in the human cortex, a brain region involved in cognition and implicated in diseases such as Alzheimer’s disease.

The team identified 347 DNA methylation sites that optimally predict age in the human cortex, when analyzed in combination. They then tested their model in a separate collection of 1,221 human brain samples from the Brains for Dementia Research (BDR) cohort, which is funded by the Alzheimer’s Society and Alzheimer’s Research UK, and in a dataset of 1,175 blood samples.

Gemma Shireby, who was first author of the research as part of her Ph.D. at the University of Exeter, said: “Our new epigenetic body clock dramatically outperformed previous models in predicting biological age in the human brain. Our study highlights the importance of using tissue that is relevant to the mechanism you want to explore when developing epigenetic clock models. In this case, using brain tissue ensures the epigenetic clock is properly calibrated to investigate dementia.”

The research team is now working on using the model on brain samples of people who had Alzheimer’s disease. They hypothesize that they will find evidence for elevated biological aging in these samples.

Fiona Carragher, Director of Research and Influencing at Alzheimer’s Society said: “Epigenetics is a flourishing area of dementia research and this study is extremely valuable as we continue to better understand the role and impact of Alzheimer’s disease in brain aging. If we can more accurately predict aging of the brain and unpick the underlying causes of this highly complex condition, we have the greatest opportunity to develop effective treatments that could slow its progression.

“This work is only possible because of support from charities like Alzheimer’s Society, which funded this work, but we need more investment. The Government must commit to doubling dementia research funding so we can keep momentum in this field, giving hope to the 850,000 people living with dementia in the UK today.”

Original Research: The study will appear in Brain.

Treatment Response to Zolpidem in Patients With Insomnia: The Importance of Priming