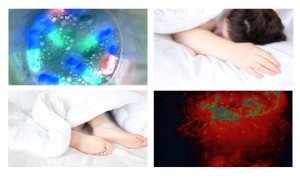 For our next meeting we pleased to show the work of three film makers whose work touches on themes of mental illness.  Each artist will be present to discuss their films and the evening is chaired by Dr David O’Flynn, consultant psychiatrist and chair of the Adamson Trust.

About the film makers:

Dolly Sen is an award-winning writer, artist, performer and filmmaker.  She has had 10 books published and contributed chapters to several other books. Her subversive blogs around art, disability and humour have a huge international following, and since 2004 she has exhibited and performed internationally. Her films have been shown worldwide, including at the Barbican. Her public speaking on mental health has taken her all over Europe, including the World Health Organisation and Oxford University.  www.dollysen.com

Susan Young is a BAFTA-nominated animation director based in London. Carnival, her Royal College of Art graduation film, features the fluid, dynamic line that defines her commercial work, which includes The Doomsday Clock, a film about multilateral disarmament for the United Nations, Beleza Tropical: Umbabarauma, for musician David Byrne, and Jimi Hendrix: Fire, for producer Alan Douglas. She is currently researching animation’s capacity as a medium for processing psychological trauma at the Royal College of Art and as part of this research is using autobiographical material to create a trilogy of film experiments while exploring new animation techniques. www.susanyounganimation.com

Antonia Attwood graduated from BA Hons in Photography in 2014. Her practice in still and moving image explores ideas around the phenomenology of mental health. Since graduating Antonia has done artist talks at Photofusion Gallery, Free Space Gallery, The Dragon Cafe and The Broadway Cinema Nottingham. She has also had exhibitions at The Depot Clapton, Brighton Photo Fringe and The London College of Communication. Antonia has had two commissions from the Institute of Inner Vision to date. Antonia has experience working directly with people who have experience with mental illness. Creating short films with volunteers from the Dragon Cafe as well as her Mother who has Bipolar disorder. http://www.antoniaattwood.com

Can’t Solve a Riddle? The Answer Might Lie in Knowing What Doesn’t Work

Your antacid may be doing more harm than good