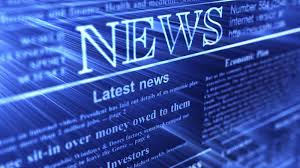 Objective To empirically test if apathy and impulse control disorders (ICDs) represent independent, opposite ends of a motivational spectrum.

Results Prevalence rates included 29.0% of PD patients with depression, 40.7% with anxiety, 41.3% with apathy, 27.6% with ICDs, and 17.0% with both apathy and ICD. The majority (61.6%) of people reporting clinically significant ICDs also reported clinically significant apathy and more than a third of patients with apathy (41.3%) also reported elevated ICD symptoms. Anxiety and depression were highest in patients with both apathy and one or more ICD. Dopamine agonist use was higher in people with only ICD compared to people with only apathy. Mood significantly interacted with demographic variables to predict motivational disturbances.

Conclusions Motivational disturbances are common comorbid conditions in patients with PD. Additionally, these complex behavioral syndromes interact with mood in clinically important ways that may influence the design of future clinical trials and the development of novel therapies. This study challenges the concept of apathy and ICD in PD as opposite ends of a spectrum

One Dose of Alcohol Is Enough to Modify the Brain

It’s October 2021 – Why Does Time Feel So Warped? Billings MT

Brain Stimulation Could Help You Decide When to Give Up