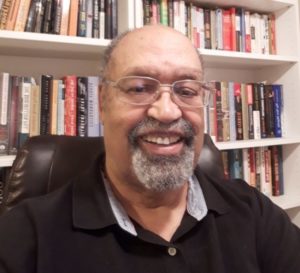 On Sunday, November 1, 2020, from 2-4 pm (Pacific Time, Daylight Savings), Rethinking Psychiatry will host an online talk on the history of Soteria House. Voyce Hendrix, who worked at the original Soteria House, will be our guest speaker.

Soteria House was a groundbreaking model that began in 1971 in San Jose, CA, in Santa Clara County. It was named after the Greek goddess or spirit of safety, salvation, deliverance, and preservation from harm. The home was for young adults who met the DSM criteria for “schizophrenia.”

The idea of Soteria house was that of “being with” people as they went through extreme states. Mainstream psychiatry views these extreme states—often labeled as psychosis—as something to be fixed, eradicated, and medicated. Soteria, on the other hand, viewed extreme states as filled with meaning, something that people needed to be supported through in a safe, nonjudgmental environment. No behavior was too “weird”—as long as people were not hurting themselves or other people, they could do whatever they needed to express themselves. The setting was a house, and was radically different from an institutional setting. Chemical and physical restraints were not used at Soteria.

Many people in Soteria House did not use psychiatric medications at all, or only used them for a short time, primarily to get help to sleep if they had been up for several days upon arrival. Soteria was not anti-medication, but medication was not assumed to be necessary, and people were given the choice of whether or not to take psychotropic medication. The model was based on true informed consent and self-determination. Soteria also barred the use of illicit drugs. Alcohol was not technically barred for people of legal drinking age but, according to Voyce, was rarely consumed at the house.

Many consider Kingsley Hall a chaotic failure, and some might consider the doctors’ behavior inappropriate by today’s standards. Former residents of Kingsley Hall recall mixed experiences. Regardless of what one thinks of the unorthodox methods of Kingsley Hall, many felt that mainstream psychiatry’s practices at the time—forced lobotomies, forced electroshock treatment, “insulin therapy,” etc.—were far more horrifying and not rooted in any kind of science. Laing helped paved the way for something different.

Soteria House was run by Voyce Hendrix, a licensed psychiatric technician who later became an LCSW (Licensed Clinical Social Worker), and Alma Menn, now an ACSW (member of the Academy of Certified Social Workers). Soteria House was also staffed by a diverse group of non-professionals. Many of these non-professionals had gained experience helping people through “bad trips” on LSD and other psychedelics. Soteria House faced long odds from the start—including mainstream opposition, lack of adequate funding and resources, staff turnover, and unexpected situations. They were figuring things out as they went along, and it got complicated.

Sadly, Loren Mosher died in 2004. He fought tirelessly against an establishment that seemed more concerned with protecting the status quo than with providing people effective, compassionate help.

I spoke to Voyce Hendrix, the social worker who helped start Soteria House, and Burt Mooney, who had been a resident there. Both provided invaluable input on what it was like to be part of this groundbreaking program from the beginning.

Voyce came to Soteria after disillusioning experiences working in state-run institutions for people who were labeled “mentally ill” or “mentally retarded” (which at the time was considered an acceptable term). He found that these state-run facilities assumed the worst of patients and treated them like a nuisance. The practices of these facilities were downright abusive, and patients were not treated like individual people. Voyce was drawn to Soteria House because of its respectful and person-centered approach.

Voyce is the cousin of famed guitarist Jimi Hendrix, which is quite fitting. When Jimi first came on the scene, his playing was considered completely bizarre. People didn’t know what to make of it. Now Jimi Hendrix is considered a legend and an amazing, one-of-a kind talent. Like his cousin, Voyce was a trailblazer. Like Jimi’s music, the idea of Soteria House was considered bizarre and absurd by many—but the results were actually brilliant.

Burt Mooney was one of the original residents of Soteria House. His story is told under a pseudonym in the book Soteria: Through Madness To Deliverance, by Loren, Voyce, and Deborah Fort. Burt experienced a lot of trauma and instability in his childhood and what he refers to as a spiritual emergency in late adolescence. Since leaving Soteria, Burt has started his own business, married and had children, and been able to live a good life and avoid psychiatric hospitalization. This is what Burt says of his time in Soteria:

I literally experienced rebirth while at Soteria. My actual birth in this life, I was blue baby and a breach birth. My body was actually blue. I spent at least several days preparing for this by crawling up stairs backwards, like back into the womb. It was quite a long process, culminating in [one of the Soteria staff] symbolically rebirthing me.

I do not know if everyone experiencing a Spiritual Emergency needs or has to go through what I did.

I do believe that most who are experiencing a Spiritual Emergency is going through a process or multiple processes like I did for seven consecutive days and nights. Each process can be quite different. I think YOU, meaning the WHOLE, of You, Mind, Body, Spirit, knows what to do once the FLOW starts in a Safe, Home, environment.”

Burt’s story incorporates the ideas of rebirth that are common in many cultures across the world and that were popularized by psychiatrist Carl Jung. Of course, every situation and experience at Soteria was unique, and Soteria supported each individual’s path to healing. It was fascinating and inspiring to hear what Burt’s experience at Soteria meant to him.

An independent review showed that Soteria House led to at least equal—and often superior—outcomes to mainstream psychiatry. So, nearly 50 years later, why are there only a handful of Soteria houses in the world? Why is the original Soteria House now defunct? Why have most people never heard of Soteria Houses? Why aren’t Lorne Mosher and Voyce Hendrix and their colleagues known to everyone as trailblazers, like Voyce’s famous cousin?

Many believe that the answer is because mainstream psychiatry was threatened by Soteria’s success. When Eric Clapton, considered the reigning guitar god at the time, sang the praises of Jimi Hendrix, no one thought it negated Clapton’s incredible talent. Clapton himself seemed confident and secure enough to celebrate a promising newcomer, rather than be threatened by him. With the Soteria House, it was different. Of course, in theory there should be room for many different forms of treatment, since different modalities work for different people. But Soteria’s success threatened the very paradigm upon which mainstream psychiatry was built.

Dr. Lorne Mosher, Voyce Hendrix, and the other people involved in Soteria House faced a great deal of hostility from mainstream psychiatry. The backlash actually grew as time went on and Soteria House became more successful. The original Soteria House eventually closed in 1983.

Dr. Mosher and the rest of the Soteria staff freely admitted that they did not have all the answers. They were also working within a system that offered very little support. Many people criticize Soteria House without understanding what it was really about. For example, Voyce Hendrix recalls listening to an NPR debate between respected journalist Robert Whitaker, author of Mad in America and Anatomy of an Epidemic, and Dr. Jeffrey Lieberman, a former head of the APA who came under heavy criticism for experiments that many believe were cruel and unethical.

Dr. Lieberman at one point described Soteria in this inaccurate manner, “Soteria was a radical experiment in the ’60s that has been proven to be misguided with false assumptions.” When Mr. Whitaker asked for evidence, the doctor had no response. With a rational discussion, an accusation like that can easily be refuted beginning with the time period: Soteria California was in operation from 1971-1983, so “a radical experiment in the ‘60s” is incorrect. More importantly, it is unfair to say that Soteria was “misguided” and “based on false assumptions” when their results were equal to and often superior to mainstream psychiatry. While no one claims that the people running Soteria were perfect or had all the answers, it allowed many people to live full lives instead of becoming institutionalized, and many claims against Soteria are baseless and factually incorrect.

Fortunately, the Soteria House model has not died altogether. A Soteria House started in Switzerland in 1984, the year after the first Soteria closed its doors. There are Soteria houses in Europe, Israel, and in the US. A Soteria House in Alaska was in operation from 2008-2015. Soteria Alaska had some great successes, but their story, described eloquently by Daniel Mackler and Jim Gottstien, is complicated and heartbreaking.

Soteria House’s history is complex and fascinating. Soteria Houses have never had the support they needed, but they still managed to change so many lives. We hope you will join us online on Sunday, November 1, from 2-4 pm (Pacific Time, Daylight Savings) to hear Voyce Hendrix share the story of the beginning of Soteria House, and to talk about the future of this model. For more information, visit www.rethinkingpsychiatry.org.

What’s the Cost of Self-Control? New Study Tabulates the Bill

NFTs and Psychological History | The Psychology of Video Games