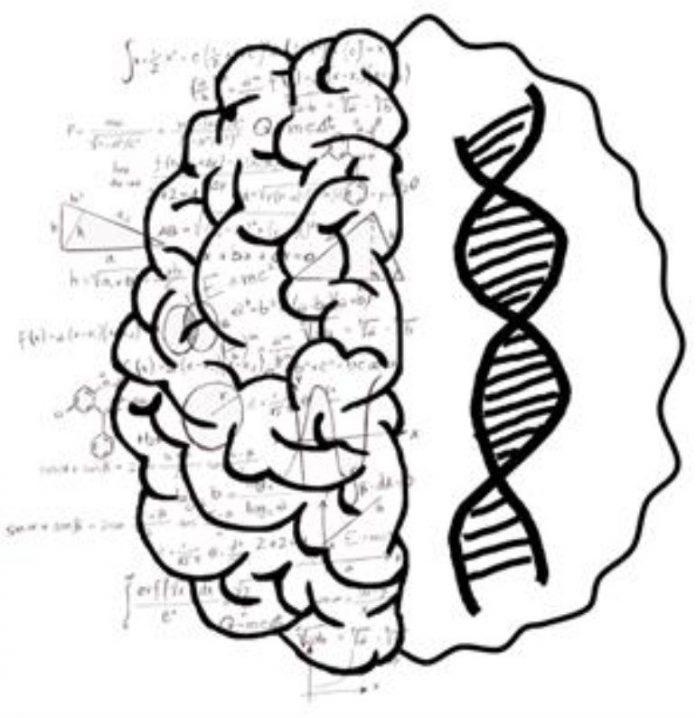 Summary: Genetic variants of ROBO1 in young children are associated with gray matter volume in the right parietal cortex. This, in turn, predicts mathematical tests scored by second grade.

DNA variation in a gene called ROBO1 is associated with early anatomical differences in a brain region that plays a key role in quantity representation, potentially explaining how genetic variability might shape mathematical performance in children, according to a study published October 22nd in the open-access journal PLOS Biology by Michael Skeide of the Max Planck Institute for Human Cognitive and Brain Sciences, and colleagues.

Specifically, the authors found that genetic variants of ROBO1 in young children are associated with grey matter volume in the right parietal cortex, which in turn predicts mathematical test scores in second grade.

Mathematical ability is known to be heritable and related to several genes that play a role for brain development. But it has not been clear how math-related genes might sculpt the developing human brain. As a result, it is an open question how genetic variation could give rise to differences in mathematical ability. To address this gap in knowledge, Skeide and his collaborators combined genotyping with brain imaging in unschooled children without mathematical training.

The authors analyzed 18 single nucleotide polymorphisms (SNPs) -genetic variants affecting a single DNA building block — in 10 genes previously implicated in mathematical performance. They then examined the relationship between these variants and the volume of grey matter (which mainly consists of nerve cell bodies), across the whole brain in a total of 178 three- to six-year-old children who underwent magnetic resonance imaging. Finally, they identified brain regions whose grey matter volumes could predict math test scores in second grade.

They found that variants in ROBO1, a gene that regulates prenatal growth of the outermost layer of neural tissue in the brain, are associated with the grey matter volume in the right parietal cortex, a key brain region for quantity representation. Moreover, grey matter volume within these regions predicted the children’s math test scores at seven to nine years of age. According to the authors, the results suggest that genetic variability might shape mathematical ability by influencing the early development of the brain’s basic quantity processing system.

Funding: This work was supported by a grant of the Fraunhofer Society and the Max Planck Society (M.FE.A.NEPF0001).

Mathematical ability is heritable and related to several genes expressing proteins in the brain. It is unknown, however, which intermediate neural phenotypes could explain how these genes relate to mathematical ability. Here, we examined genetic effects on cerebral cortical volume of 3–6-year-old children without mathematical training to predict mathematical ability in school at 7–9 years of age. To this end, we followed an exploration sample (n = 101) and an independent replication sample (n = 77). We found that ROBO1, a gene known to regulate prenatal growth of cerebral cortical layers, is associated with the volume of the right parietal cortex, a key region for quantity representation. Individual volume differences in this region predicted up to a fifth of the behavioral variance in mathematical ability. Our findings indicate that a fundamental genetic component of the quantity processing system is rooted in the early development of the parietal cortex.

Do Statins have antidepressant effects?