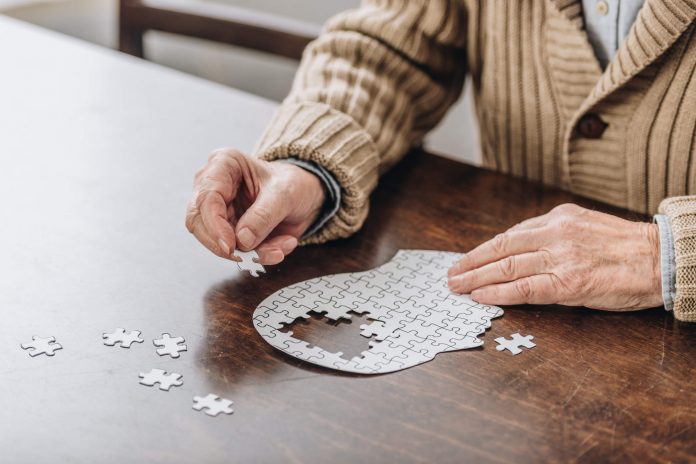 As we age, our brain changes in predictable ways.

MRI studies have, for years now, consistently been used to establish a person’s brain age. When someone’s brain age is older than their chronological age, it can be a sign of neurological illness.

A group of researchers out of Boston’s Massachusetts General Hospital recently established that electroencephalography (EEG) can also be used to determine brain age, and now they say it can also spot dementia.

The trick is to take the EEG while the patient is sleeping.

As people get older, their sleep patterns change: They tend to go to bed and wake up earlier, wake more during the night, and generally sleep fewer hours. According to the Mass General researchers, EEG can also pick up age-related changes while we sleep, including the following:

“Using participants with matched chronological age and brain age, an age norm can be developed to provide a direct interpretation of the deviation in aging in terms of EEG features,” they write in this 2018 paper.

In other words, just like MRI, sleep EEG can be used to establish brain age.

Following this finding, the researchers established what they call the brain-age index, or BAI. This is the difference between a person’s brain age and chronological age.

In research published in April 2020, the team found that BAI was independently associated with reduced life expectancy. Older brain age is also associated with a number of diseases including Alzheimer’s disease, schizophrenia, epilepsy, and depression.

In a new study, published in JAMA in September 2020, these same researchers found that BAI may also serve as a biomarker for dementia.

Their results were based on a total of 5,144 sleep studies, using the six EEG channels (F3-M2, F4-M1, C3-M2, C4-M1, O1-M2, O2-M1) typically used in polysomnography. Seven sleep technicians annotated the EEGs, with one technician per PSG. The annotations were done in 30-second epochs as wake, non-REM stage 1, non-REM stage 2, non-REM stage 3, and REM.

Clinical data was taken from questionnaires and a careful review of electronic health records. Patients were then divided into the following five groups on a continuum: dementia, mild cognitive impairment, symptomatic, nondementia, and healthy.

The authors concluded that sleep EEG may be used as a biomarker of brain processes that lead to dementia. This is important because this disabling disease is largely underdiagnosed and sleep EEG is such a readily available tool.

Compared with more traditional approaches like MRI, EEG has some distinct advantages, according to the authors. EEG reflects functional rather than anatomical changes. EEG is also more patient friendly, cheaper, and it can potentially be done at home.

The Implications of Mental Incapacity on a Power of Attorney