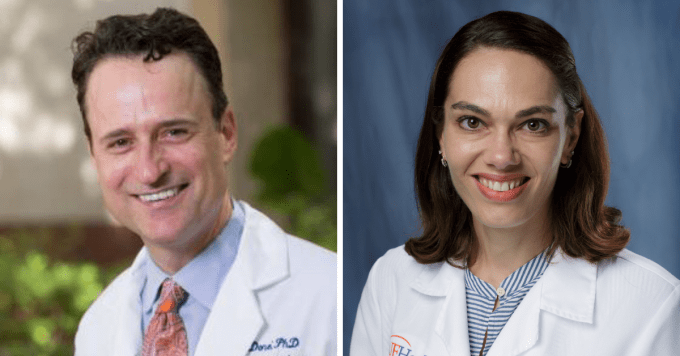 A drug widely used for anesthesia and sedation in patients with subarachnoid hemorrhage, a life-threatening form of stroke mostly caused by an aneurysm rupture, could have other potential benefits such as helping to protect against a secondary brain injury in those patients, UF researchers reported in a comprehensive review of preclinical and clinical studies in the Journal of Neurosurgical Anesthesiology.

The review, led by Sylvain Doré, Ph.D., a professor of anesthesiology; Katharina Busl, M.D., an associate professor of neurology; and Hongtao Liu, M.D., a visiting scientist in Doré’s lab, concluded that the drug dexmedetomidine shows promise to serve as a protective therapy for patients with subarachnoid hemorrhage, known as SAH.

“Neuroprotection to prevent secondary brain injury is one of the most promising strategies we have to lessen poor outcomes in aneurysmal subarachnoid hemorrhage management,” said Doré, program director of research operations for the department of anesthesiology in the UF College of Medicine. “This drug, which is used for anesthesia and sedation in subarachnoid hemorrhage patients, is perhaps capable of doing much more.”

They concluded that with only one retrospective clinical trial thus far assessing the effect of dexmedetomidine on clinical outcomes after subarachnoid hemorrhage, more trials are needed to support such possible benefits.

Read the paper in Journal of Neurosurgical Anesthesiology.