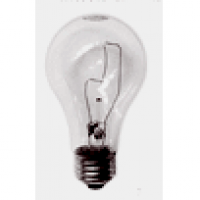 Before a research article is published in a journal you can make it freely available for anyone to read. You could do this on your own website, but you can also do it on a preprint server, such as psyarxiv.com, where other researchers also share their preprints, which is supported by the OSF so will be around for a while, and which allows you to find others’ research easily.

Preprint servers have been used for decades in physics, but are now becoming more common across academia. Preprints allow rapid dissemination of your research, which is especially important for early career researchers. Preprints can be cited and indexing services like Google Scholar will join your preprint citations with the record of your eventual journal publication.

Preprints also mean that work can be reviewed (and errors-caught) before final publication.

What happens when my paper is published?

Your work is still available in preprint form, which means that there is a non-paywalled version and so more people will read and cite it. If you upload a version of the manuscript after it has been accepted for publication that is called a post-print.

Mostly journals own the formatted, typeset version of your published manuscript. This is why you often aren’t allowed to upload the PDF of this to your own website or a preprint server, but there’s nothing stopping you uploading a version with the same text (so the formatting will be different, but the information is the same).

Will journals refuse my paper if it is already “published” via a preprint?

Most journals allow, or even encourage preprints. A diminishing minority don’t. If you’re interested you can search for specific journal policies here.

Will I get scooped?

Preprints allow you to timestamp your work before publication, so they can act to establish priority on a findings which is protection against being scooped. Of course, if you have a project where you don’t want to let anyone know you are working in that area until you’re published, preprints may not be suitable.

When should I upload a preprint?

Upload a preprint at the point of submission to a journal, and for each further submission and upon acceptance (making it a postprint).

What’s to stop people uploading rubbish to a preprint server?

There’s nothing to stop this, but since your reputation for doing quality work is one of the most important things a scholar has I don’t recommend it.

Part of a series:

Novel, Rare Variants Associated With Alzheimer Disease and Replicated in an Independent Cohort

Anyone Can Get Super-Hearing – Neuroscience News