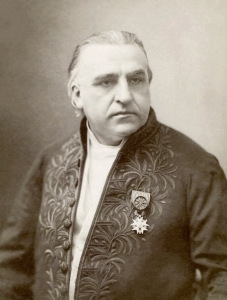 Medicine is as much defined by diseases as by the people who named them. Neurology particularly has a proud history of eponymous disorders which I discussed in my other neurology blog, Neurochecklists Updates, with the title 45 neurological disorders with unusual EPONYMS in neurochecklists. In many cases, it is a no brainer that Benjamin Duchenne described Duchenne muscular dystrophy, Charle’s Bell is linked to Bell’s palsy, Guido Werdnig and Johann Hoffmann have Werdnig-Hoffmann disease named after them. Similarly, Sergei Korsakoff described Korsakoff’s psychosis, Adolf Wellenberg defined Wellenberg’s syndrome, and it is Augusta Dejerine Klumpke who discerned Klumpke’s paralysis. The same applies to neurological clinical signs, with Moritz Romberg and Romberg’s sign, Henreich Rinne and Rinne’s test, Joseph Babinski and Babinski sign, and Joseph Brudzinski with Brudzinki’s sign.

Yes, it could become rather tiresome. But not when it comes to diseases which, for some reason, never had any names attached to them. Whilst we can celebrate Huntington, Alzheimer, Parkinson, and Friedreich, who defined narcolepsy and delirium tremens? This blog is therefore a chance to celebrate the lesser known history of neurology, and to inject some fairness into the name game. Here then are 25 non-eponymous neurological diseases and the people who discovered, fully described, or named them.

Let us then celebrate the pioneers…